WHERE IS THIS COMING HE PROMISED?

“First of all, you must understand that in the last days scoffers will come, scoffing and following their own evil desires. They will say, `Where is this “coming” he promised?’”-2 Peter 3:3-4a

In our foreseeable future, even those who have enjoyed expression of religious freedoms will be persecuted for faith in Christ. As they are dragged to prison and even martyrdom, will they will be ridiculed with “Where is this coming your Jesus promised?”

Millions of American Christians anticipate a secret and silent, pre-tribulation rapture, whisking them away to the glorious marriage supper of the Lamb. This concept is alluring. Massive book and video sales centering on the rapture theme are today’s best sellers. Many strong evangelical movements hold to this doctrine in their statements of faith-many Christian educators do not present the pre-tribulation rapture as one of several theories or possible interpretations but as fact.

It would be a source of comfort to not pass through a coming great tribulation. Although this doctrine has wide appeal, does existing biblical evidence confirm it as truth?

Before the Lord comes to rapture His bride, she must first be purified through the fires of persecution. Will many who anticipated a pre-trib rapture turn from the faith?

At that time many will turn away from the faith and will betray and hate each other, and many false prophets will appear and deceive many people.

Is it important what a Christian believes concerning the Tribulation and the timing of the rapture of the Church?

When the men got up to leave, they looked down toward Sodom, and Abraham walked along with them to see them on their way. Then the Lord said, “Shall I hide from  Abraham what I am about to do? Genesis 18:16-17

People were eating, drinking, marrying and being given in marriage up to the day

In the past, God revealed to both Noah and Abraham the specifics concerning his outpouring of  wrath upon the wicked. Jesus used these two historical events to typify the final outpouring of God’s plagues upon the earth during the Tribulation.

Surely the Sovereign Lord does nothing without revealing his plan to his servants the prophets.  Amos 3:7

my people are destroyed from lack of knowledge.  Hosea 4:6a

God has provided us with his inerrant Word – our source of godly knowledge – so that we, his people, will not be destroyed. He has spoken to us concerning end time events to exhort and encourage us to stand firm until the end. He who stands firm to the end will be saved (Matthew 10:22; 24:13, Mark 13:13).

Moses answered the people, “Do not be afraid. Stand firm and you will see the deliverance the LORD will bring you today. The Egyptians you see today you will never see again.  Exodus 14:13

You will not have to fight this battle. Take up your positions; stand firm and see the deliverance the Lord will give you, O Judah and Jerusalem. Do not be afraid; do not be discouraged. Go out to face them tomorrow, and the Lord will be with you.’ ” 2Chr 20:17

These things happened to them as examples and were written down as warnings for us, on whom the fulfillment of the ages has come.  1Cor 10:11 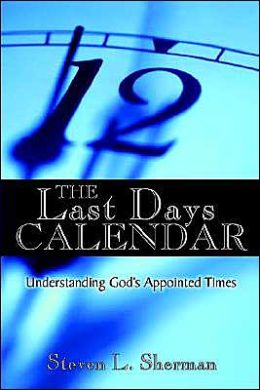